Disney on Ice - Dare to Dream 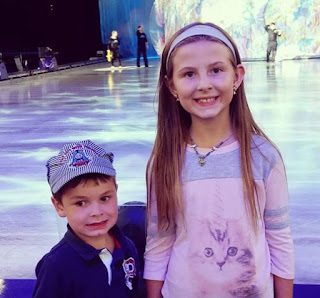 Disney on Ice - Dare to Dream was as great a show as expected :)

It opened with a spectacular section about the Princess and the Frog - my personally favorite Disney movie. I'm not sure if I love New Orleans or the movie first, but they both hold a special place in my heart!

After the opening, we moved on to the story of Cinderella. Turning the mice into horses and the pumpkin into a carriage was especially impressive while on skates.

The last segment was the longest and definitely left the biggest impression. Rapunzel and Flynn Rider not only skated flawlessly and with tons of tricks and talent, but also did an acrobatic/ribbon flying performance that I've never seen at an ice show before. The kids were both most impressed with these skaters, and they both honestly took my breath away.

There's still time to see the show at the Palace of Auburn Hills for yourself. General admission tickets are available starting at just $15 - what a great price for a show that's fun for the whole family! 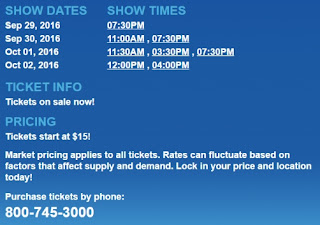 Posted by Becki at 3:19 PM
Email ThisBlogThis!Share to TwitterShare to FacebookShare to Pinterest

Disney On Ice is always a fun time! Princess and the Frog is one of my favorites too :).

How fun! This is the kind of thing I'd love to take my nieces to see. They'd have such a special time!

Disney always does a great job with their ice shows. It's been years since I've taken my daughter. I'll be on the look out for a show closer to home to take my grandson. I know he'd love it as much as his mom did.

We have been to a dozen Disney on Ice shows. They are always a good time. A nice family experience for sure.

This is absolutely fun and amazing. Great for kids too!