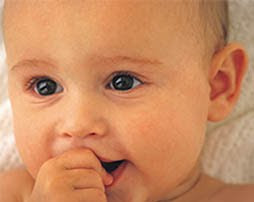 I've had a couple friends have babies lately, and it always gets me thinking. Not just about our own family, but about how other people...well, make theirs, for lack of a better term. I remember one friend who had several boys and started researching methods of gender selection for their next. She was following a special diet and even taking over-the-counter drugs to change the 'environment' of her uterus by making it more or less mucus-y. I guess they said that would make it more or less hospitable to X or Y chromosomes.

Although that was one of the more inventive stories I heard, I talked to lots of people who opted for genetic screening once they were pregnant. I'm not sure where the desire for this stuff starts. Some doctors we talked to even years ago when we were having Maggie practically assumed you wanted it. And in looking at the baby forums back then, there were a lot of women who wouldn't imagine going through with a pregnancy without the knowledge.

What's your take on it? The technology is definitely there! If you were doing it all now, would you want to decide or even know the gender or other details about your unborn baby? I can see pros and cons either way...
Posted by Becki at 11:11 AM
Email ThisBlogThis!Share to TwitterShare to FacebookShare to Pinterest

I want to know if your friend who was fiddling with her uterus' environment had a boy or a girl!

Hahahaha...she had her fifth boy!
(which I don't think was what the fiddling was trying to achieve!)

I didn't find out the gender.. it wasn't an option. I might want to know just for planning, but I'd want the little blessing no matter what.