This week's goal was really just to make it through the elections. While it's only been three days, so I suppose I could still officially end up sick from exposures there, the actual experience is over and I'm sleeping and eating regularly again :) I'm a precinct co-chair, so I was very worried about argumentative voters and potential issues with other election inspectors. I did have one worker cancel the day before, but traffic wasn't too heavy at the polls, so we made it through with just four workers for the four positions (and some hustling around during meal breaks). Now when will my body start freaking out about working the November election? Only time will tell.

Let's start off with the weeks Five Things for Friday, shall we? 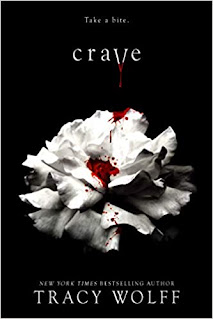 I'll be working on my Show Us Your Books post over the weekend - I finished 13 books in July! Right now I'm reading Invisible Women (which is due back to the library tomorrow, so I don't think I'll have time to finish), My One True North (I'm really enjoying this one, but I need to sit at my computer to read it - a pdf doesn't have an adjustable font size on my kindle), and Crave, which I'll be using for Book Beginnings and #Friday56.
The beginning:

Chapter 0: If You're Not Living on the Edge, You're Taking Up Too Much Space
I stand at the outer tarmac door staring at the plane I am about  to get on and try my hardest not to freak the f out.
It's easier said than done.
Not just because I'm about to leave behihnd everything I know, though up until two minutes ago, that was my biggest concern. Now, though, as I stare at this plane that I'm not even sure deserves the dignity of being called a plane, a whole new level of panic is setting in.

I whirl around, adrenaline pumping, and make a break for the stairs. But Marc reaches out and grabs me before I make it more than a few feet. He yanks me hard against him -- my back to his front -- and wraps his arms around me as I start to struggle in earnest.

Posted by Becki at 3:54 PM
Email ThisBlogThis!Share to TwitterShare to FacebookShare to Pinterest
Labels: 10 Random Things for a Friday, Book Beginnings on Fridays, Friday56

I got BBOF posted late, but it is up now if you want to visit and link your post.

Now I am intrigued. Thanks for sharing, and for visiting my blog.

I'm intrigued by this one. And by the title!

I've been curious about this book. It sounds really good. Thanks for sharing! Hope you have a great weekend! :)

Not sure this is the book for me but I hope it helps calm your nerves. You have a lot going on right now. I am highlighting a book by a favorite author, whom I'm sure you like his works, too

I can relate to this line. Sorry the week was so stressful.

I've heard a lot about Crave. It seems like an interesting story, and I like the quote.

I listened to Crave on audiobook and it was pretty fun. I'm looking forward to the sequel. :)

I actually really like that beginning! I love the character's voice, and that last line made me laugh out loud (mostly because I can relate to the feeling).