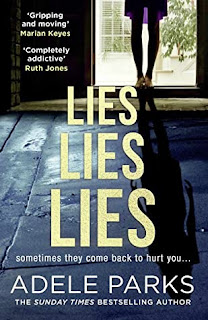 
Whoa. This was really a book in three parts. The first part pretty much introduced us to the players. Then there's a life-altering event that changes the main family (Simon, Daisy, and their daughter Millie). Then that part drags on for a bit until another critical event is actually just revealed, although it really occurred almost a decade earlier. My favorite part was all the lies revealed at the end.

Simon and Daisy really just start out annoying. They're both pretty pitiful and unlikable. We just feel so bad for darling Millie being put through it all. But then as the truths start being told, some of the annoyance is more understandable and justifies some of their earlier crap decisions. Without giving away any spoilers, just know that the twists and turns changed my opinion of the characters more than once.

Only a few hours ago, I would have given this book a lower rating. The end was so much more satisfying than the mid-way point. Overall, I'd give this book 3.5 out of 5 stars. The plot was so intricate, and the revelations of the truth were sometimes very unexpected.


Thank you to the publisher and Netgalley for my electronic copy of the book. Receiving the book for free did not influence my review.
Posted by Becki at 3:34 PM
Email ThisBlogThis!Share to TwitterShare to FacebookShare to Pinterest
Labels: Books - 2020

This book sounded interesting to me just from the cover and title! Thanks for the review.