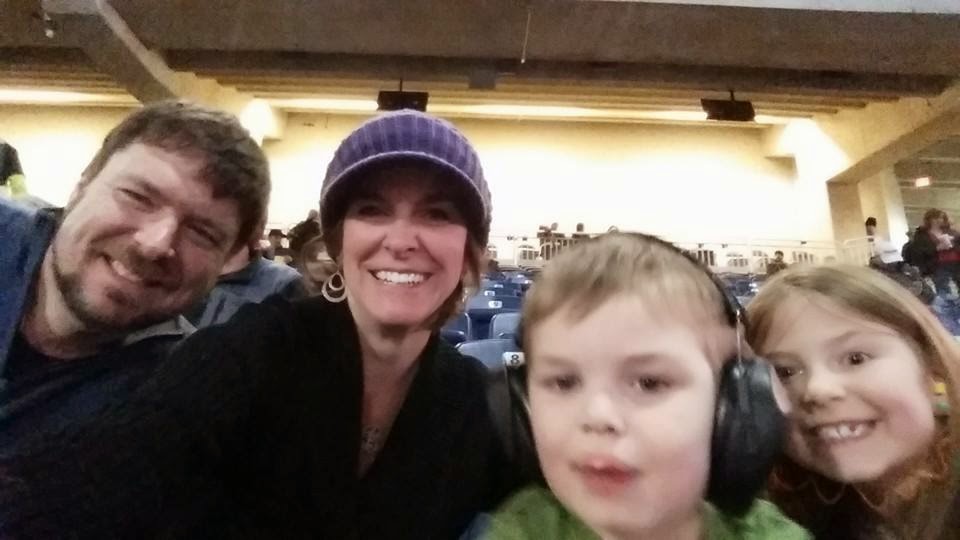 First of all I have to say THANKS to the super-nice guy at the will-call who went out in the cold to get my tickets for me! See, I know where to get my tickets, but I have a notoriously bad sense of direction and couldn't find the right building. When I asked some ticket-taking dude for directions to the right building, he would not tell me what I was asking for, just insisted that I go to this will-call. So I did. Which was the wrong one (as I KNEW!). Some guy working there trudged out in the cold to get my tickets from the right place. So thank you very much!

And then we were in and ready to enjoy the show! Jack was initially captivated. He loved watching the qualifying races and the final races. Gravedigger was out after the initial parade lap. Something in the air left us with a LOT of broken down trucks last night. Hubby and I were seriously questioning the last qualification race between Max D and Bounty Hunter (I think?). When they showed the video and Bounty Hunter clearly won, they announced Max D as the winner. Things that make you go hmm.... (anyone else who was there notice this as well???). 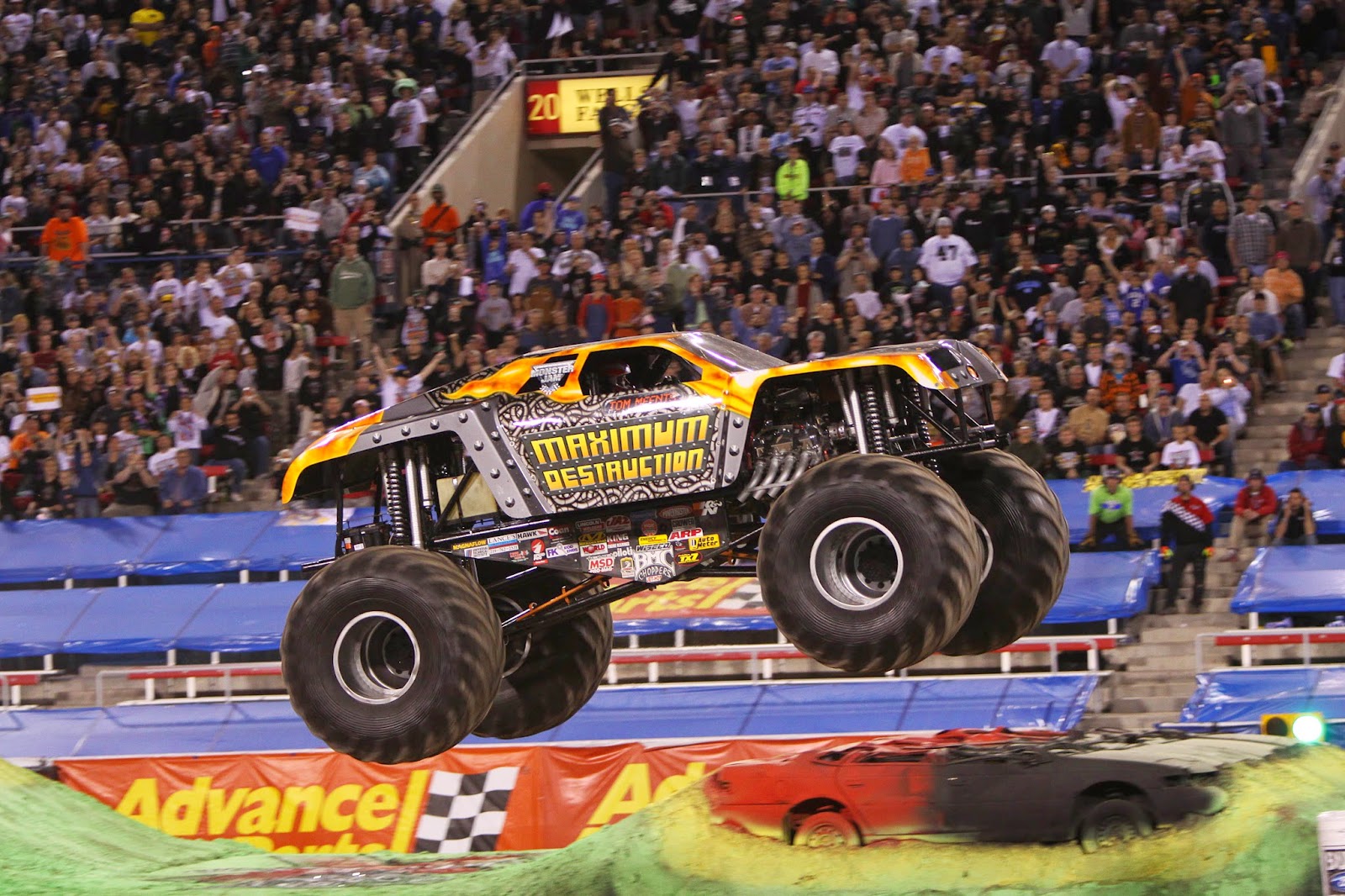 Then it was on to freestyle. Normally my very favorite part of Monster Jam (of course - isn't it everyone's?), this year it felt, well, lacking. There were again a lot of broken down trucks, and the ones that stayed running seemed to end up on their roof instead of their wheels. Which is expected and quite entertaining near the end, but sort of disappointing if it's on their first maneuver.

Hats off to Crush-station who made a rather spectacular double forward flip, to land on the stands (in part) and another truck. Oops. They just left him there for the duration of the show. I'm sure video is floating around somewhere today with that magic.

Overall, we always love Monster Jam, but I hope there's a little more action to see at February 28th's show back in the D. See you there!

Posted by Becki at 11:13 AM
Email ThisBlogThis!Share to TwitterShare to FacebookShare to Pinterest

Sounds like a fun time. Jack sounds like he's getting old enough to really enjoy it, he didn't fall asleep 😉. And I know Maggie always loves a good show.