What a great show! Last night we went and saw the latest Disney On Ice Princesses & Heroes show. 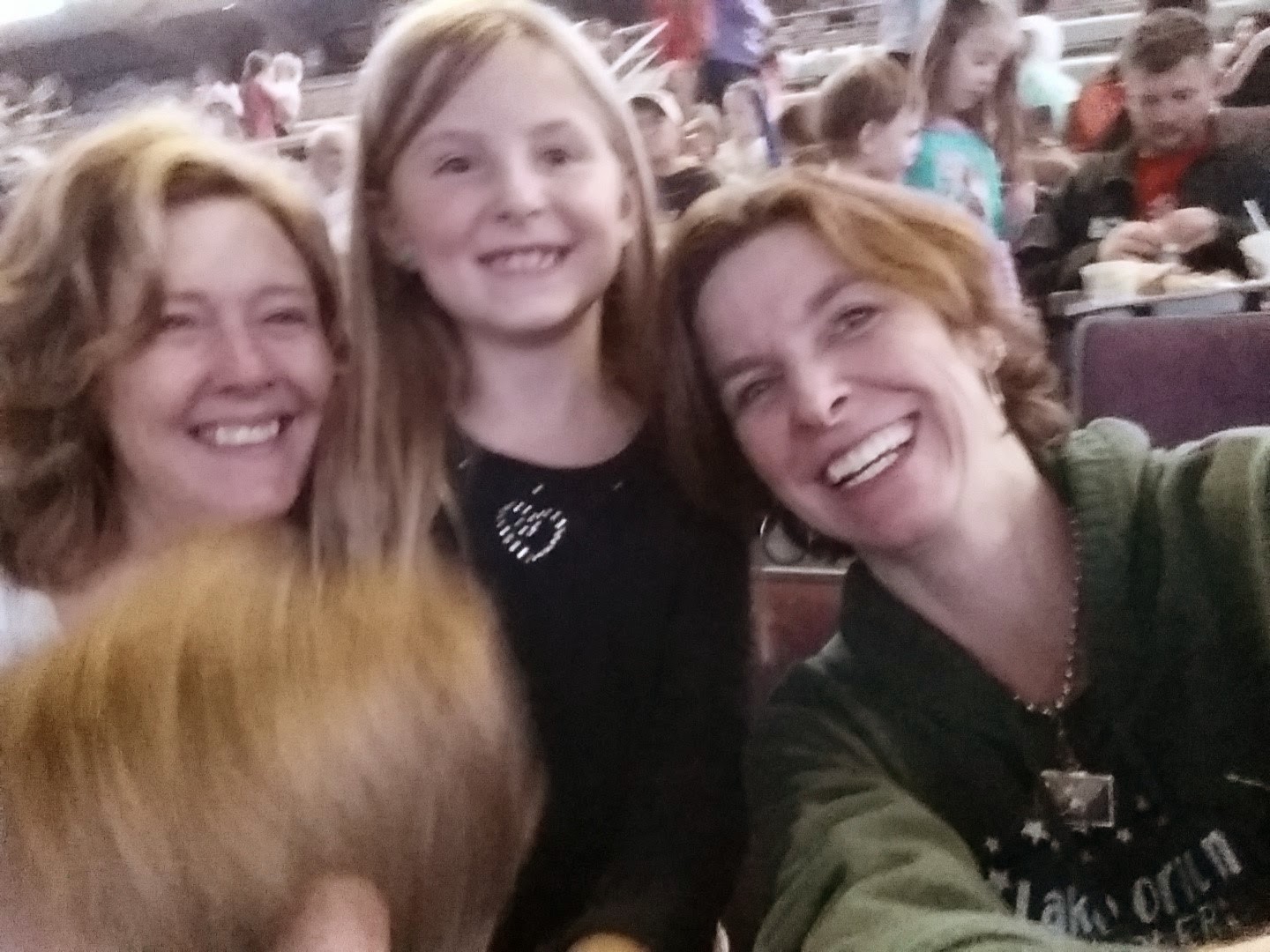 I tried to get a picture of the four of us (me, both kids, and my mother-in-law) before the wonderful performances began, but the three-year-old was less than cooperative. Go figure!

The show was excellent, and even the three-year-old was absolutely captivated. This was the first year that he has literally just sat on my lap watching every single second. My heart was full watching him get excited to see Mickey, Minnie and the other characters he recognized, and he clapped and waved with nearly every act. 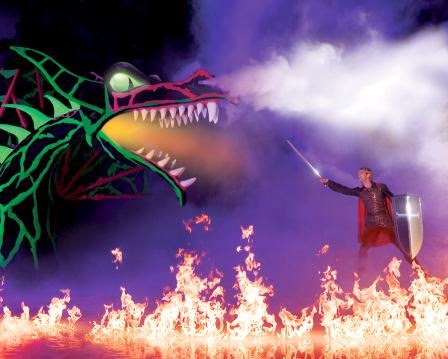 Ice on FIRE? Oh, yeah. But Prince Philip had it under control. ;)

The real show stealer was (of course) those beloved sisters from Frozen. In all my years of seeing Disney on Ice performances, I have never seen the level of enthusiasm the kids in the crowd expressed for Frozen. Holy. Cow. I mean, they were really going nuts! And the soundtrack was hardly even necessary, since it was augmented with a lot of spirited singing along. All of the mini-princes and -princesses knew every word and were thrilled to join in with their favorite characters.

I have to say, it's been one of my favorite Disney on Ice performances to date. There are still shows with seats available at the Palace of Auburn Hills through this Sunday, October 19. Click here to purchase tickets to a Disney On Ice show near you!

Posted by Becki at 3:44 PM
Email ThisBlogThis!Share to TwitterShare to FacebookShare to Pinterest