Wow - that was a busy one! It all started, I suppose, with working events on Thursday night and Friday night for my Dove Chocolate business, and knowing of hubby's business trip starting any day (and we continued saying 'any day' up until the plane took off, because the plans kept changing).

Saturday morning, Maggie and I got up and ready EARLY for another baton competition. I was quite happy that this one was much closer than the last, and the weather was clear for us to travel. Have I mentioned how sick I am of the snow?? 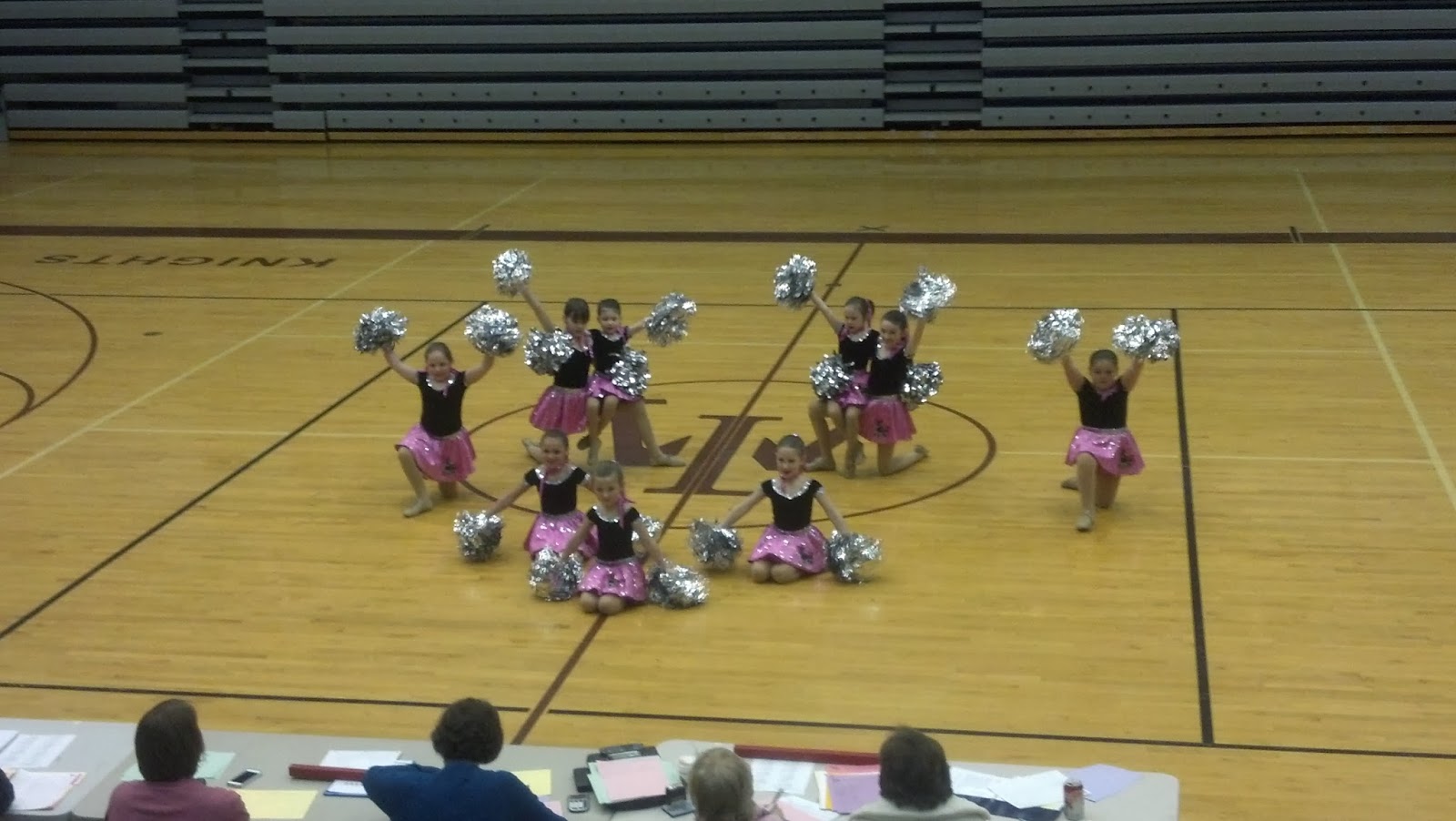 Maggie's whole team did FANTASTIC! Her baton and pom pon groups both took first place in their categories, as well as the older girls twirling number getting first place, and a duet from our team also being awarded first place! The coach said the solo performers also set several personal bests. We're all so proud of our girls.

We came home to pick up the boys and go out for a nice family lunch. Hubby checked the weather while we were there, and I was relieved when he said the snow wasn't expected to start again until after midnight. This way, it shouldn't interfere with our Monster Jam experience downtown.

The kids and I went to pick up our fourth guest for Monster Jam (hubby had too much work to finish before his trip) and we decided to take his truck instead of my car. Company truck with free gas, and not having to deal with my nerves while driving in Detroit traffic and worrying about the weather.

Monster Jam was great! We got their early enough for the 'Party in the Pit' so we could get up close with the trucks. Maggie was most excited to see a giant bounce/slide, and we scraped enough cash for the kids to enjoy that. It warms my heart so much to see how patient and helpful Maggie is with Jack. He could not get up the ladder to the top of the slide without her help, and she carefully pushed his butt up there for all three rides. :)
Once the real event began, Jack once again pulled his amazing trick of staying awake for the less-exciting race portion of the show, and then SLEEPING through the monster truck freestyle performances. What?? There was a rumor of Tom Meents doing some sort of double flip with Maximum Destruction, but it didn't materialize.. Hmm...

Leaving Monster Jam added a little more excitement to my weekend than I needed. While we were inside, more than an inch of snow had fallen! Hubby saw it from home and messaged us, suggesting our friend drive me and the kids all the way to the house (about a half hour out of his way) and then hubby would ride back to his house with him to get my car. Ugh! But so thankful to have had these guys looking out for us. It would have taken me wayyy longer than necessary to drive back myself.

Thankfully the roads were clear by Sunday morning. Maggie especially was so excited to see a babysitter we haven't seen in a long time come to watch both kids while I went out to do two chocolate tasting parties.
The parties went well, with yet another March party booked. But by the time I got home a little after 9pm, I was past ready for some much-needed sleep. I think Jack was still awake as I fell asleep in the bed next to him and slept straight through til 7am.

I hate to say it, but that weekend was a bit much for these old bones!

Posted by Becki at 11:08 PM
Email ThisBlogThis!Share to TwitterShare to FacebookShare to Pinterest
Labels: Weekend in Review