Although I never would have expected it, I think I'm now a Supercross fan.We'd never been before, but it's pretty entertaining.

Seeing Ford Field transformed into a dirt track, complete with a run up into where the stands were covered, was cool. They announced that the track was slippery for the competitors, but I don't know what would contribute to that. And as far as I can tell, it could only make it more entertaining for us, right?

The picture hubby took below warms my heart. See, Jack did not want to put on his ear plug/covers. So I didn't push it much, and figured we'd have time as the bikes started up. Unfortunately, during the national anthem there was an actual bomb noise. Jack was scared half to death. He burrowed his head into my shoulder, and wouldn't even let me take my hands off of his ears to get his ear plugs. With some help from a neighbor and hubby, we finally got the ear plugs on, but our poor little guy didn't move much for at least a half hour. I love this picture because it shows him finally relaxing a bit between snuggling my lap, and holding his big sister's hand. They are so sweet! 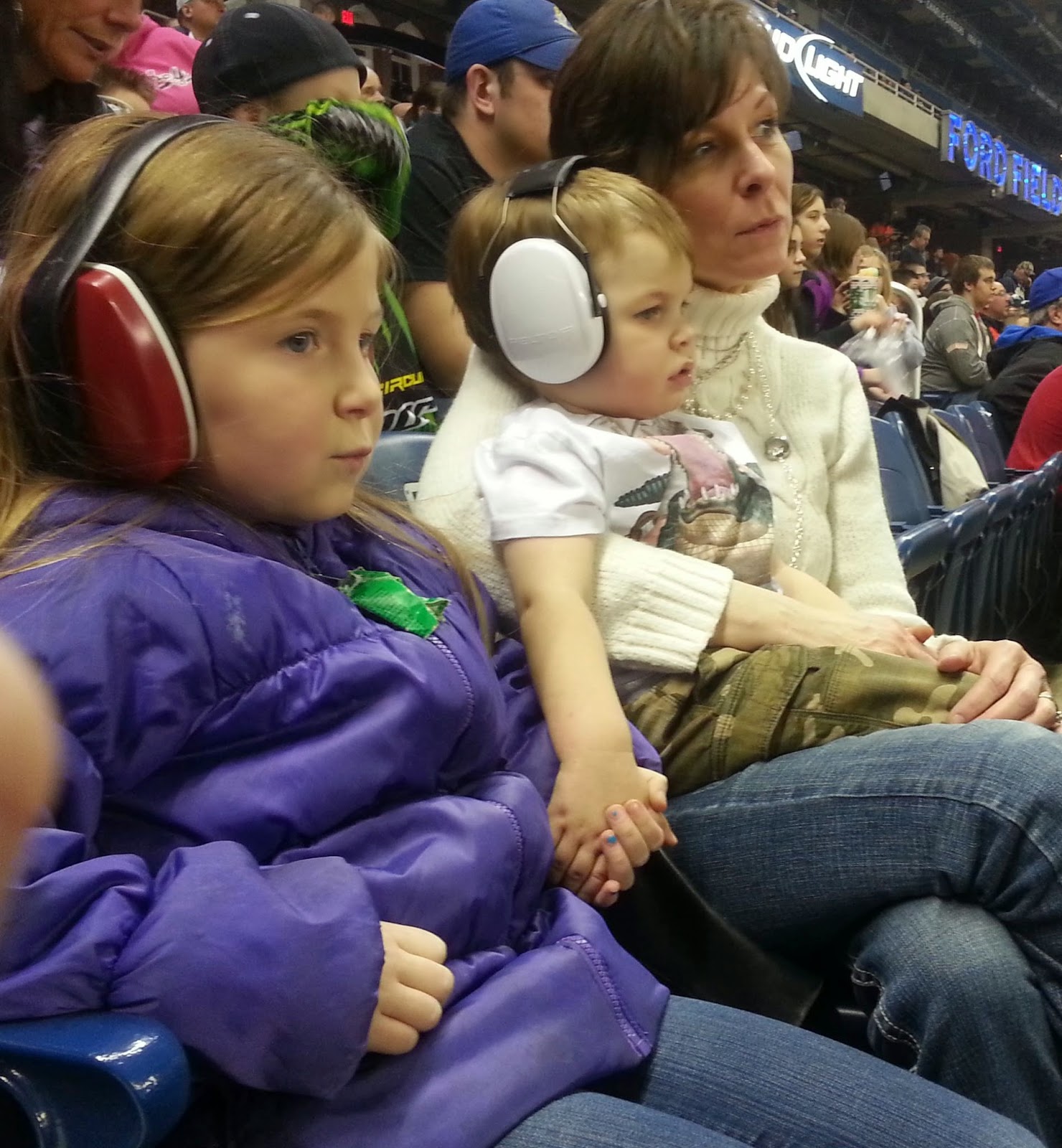 While hubby suspects some of the semi-final races were rigged because local guys and underdogs came in high enough to move to the next races, I just think it was more fun to watch the 17-year-old, and the guy from right near us, in Holly, Michigan. Having never seen the supercross races before, it gave me someone to cheer for, you know?
Posted by Becki at 2:15 PM
Email ThisBlogThis!Share to TwitterShare to FacebookShare to Pinterest
Labels: Photos