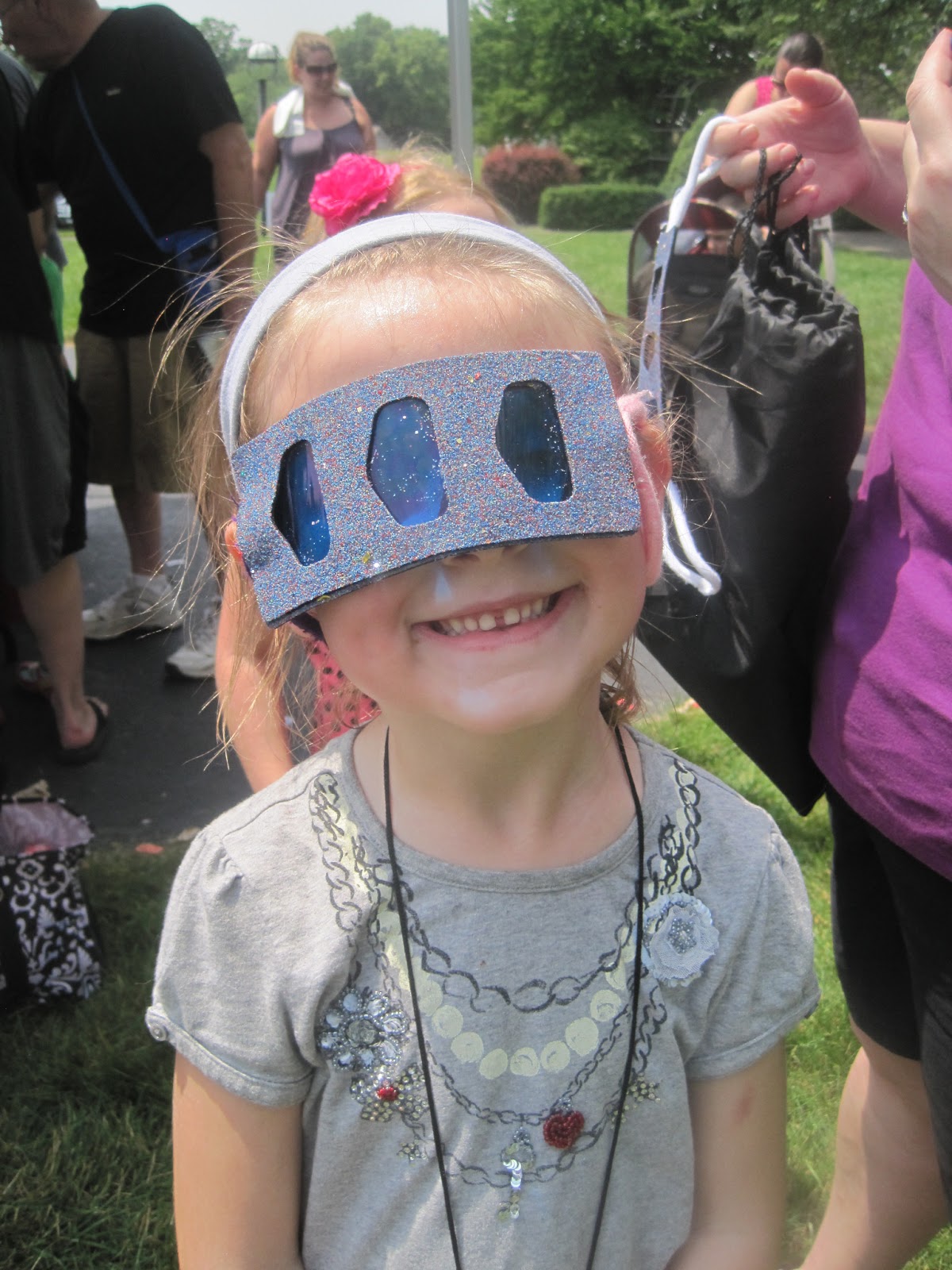 Yes, the smile means Maggie loved it! The general consensus was that a good time was had by all. We ran into several friends there, and while the music and activities were (of course) geared toward the kids, the adults also commented on the great performances and the smiling, busy kids.

I had to giggle when hubby admitted he was really looking forward to one of the acts...unfortunately my loving metal-head misheard me - Dan Zane does not play the same style of music as Danzig - sorry honey! Glad you enjoyed it all anyway, even if it wasn't quite what you were looking forward to ;)

At the Arts & Scraps truck, the kids had a chance to make these funky glasses. The local kids also recognized the truck from its school visits in the last few months. If you have kids, you know how happy they are to think they know something (or recognize something) we adults don't. 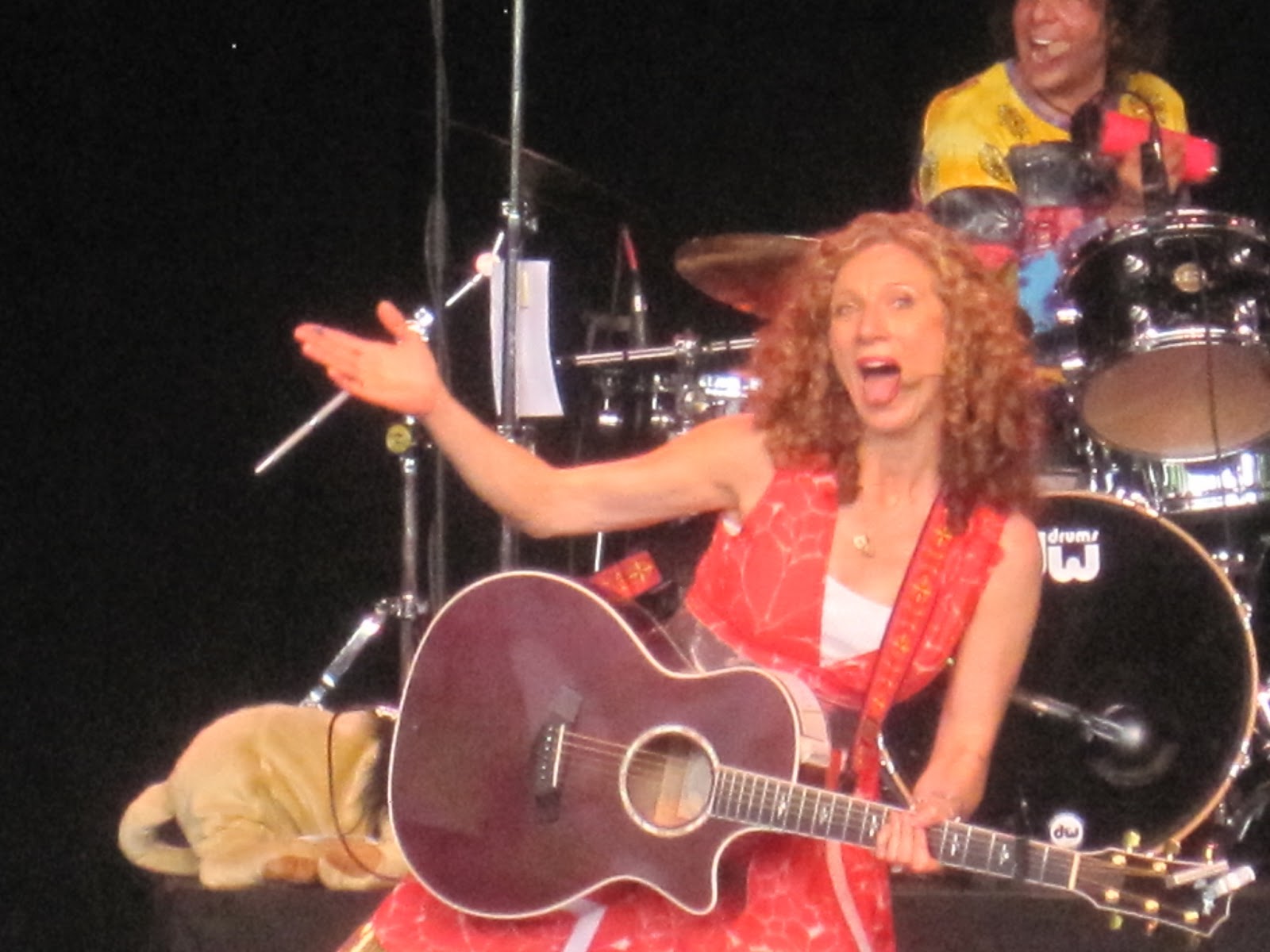 There was time between the musical acts to visit the Arts & Scraps truck, the School of Rock (traditional and hip-hop), the Re/Max tent (with fabulous hand-held, battery-operated fans) and the drum circle. Maggie's favorite stage act though was Laurie Berkner and her band. Again, I think it was largely because she was a bit more familiar with the music from music class at school, and some of our Pandora playlist at home. I caught her later in the day singing part of  "I'm Gonna Get You," to her younger brother, complete with motions.

Admittedly not part of everyone's festivities, Maggie's new favorite part of the event was the phone call we got on Tuesday - she was one of the winners of a GIANT stuffed dog from Re/Max Defined in Rochester, Michigan. Seeing her with this dog (which she has named Hooper after the Detroit Pistons mascot) is hilarious. She insisted on carrying it out of the office when we picked it up on Tuesday - everyone in the office came out to watch her. The dog is seriously bigger than she is! Thank you so much to Re/Max for their part in such a fantastic event, and for an awesome prize!! 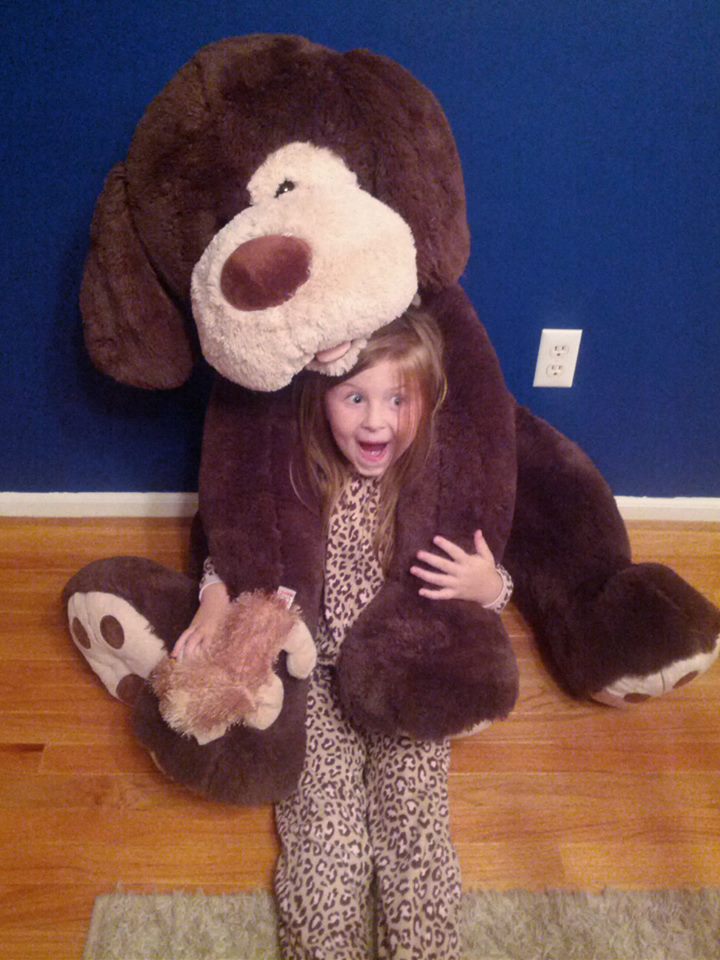 Posted by Becki at 9:44 PM
Email ThisBlogThis!Share to TwitterShare to FacebookShare to Pinterest

looks like you guys had and AWESOME FUN TIME!!!! Love when she's familiar with what's going on and enjoys it to the MAX!!