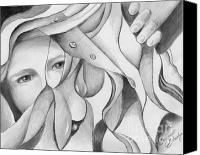 Today we ripped off a blogger named Jenni from the blog Juniper's Jungle. It's long, so we will do it in parts. She states that she found this meme Budgies blog. But, it was probably stolen there as well. So, of course, that will be as far as we go. Tracing back our theft's thieves might take some time. Take the time to comment on other player's posts. It's a great way to make new friends! Link back to us at Sunday Stealing!

Cheers to all of us thieves!

42. Do you think of pure hate as something humanity created? Nah.

43. When was the last time you wanted to scream? Probably pretty recently while my baby was screaming. I hate not knowing how to easily make him happy (besides nursing...).

44. Do you ever at times see the world in black and white? Ever? Probably. But not regularly.

45. Have you ever thought that cell phones are too obtrusive? Absolutely. Admittedly I sometimes I wish I was a bit more attached to mine and didn't set it down somewhere and forget about it, thus missing important calls...

46. In your life, where do you thank the rainbow will end? Huh? I can haz cheezeburger?

47. What is something that you never want to do again? Receive Pitocin. This is a pretty safe answer. I'm done having kids, and don't know of any other reason for them to give me such a vile substance.

48.When was the first time you realized the world was small? I don't remember.

50. Ever discuss your political beliefs with people? Sometimes. Although I think I have a lot more controversial views than my 'political beliefs.' I don't think I usually have much to say about politics.

51. Do you care about the environment? Sure.

53. Is progress destroying the beauty of the world? Not usually.

54. Do you believe there is life somewhere else in the universe? Yup.

55. Would you like to rule a country? Absolutely not. I never even wanted any sort of management position at work. I prefer just being responsible for myself. Okay, and my kids, now.

56. Do you believe everything has a purpose? No. Just look at a slinky...

57. Is war ever for the best? I think this falls along with politics, as a topic I just don't feel informed enough or involved enough to think much about.

58. Could you kill anyone in defense of self or loved ones? I used to think probably not. Now I think self defense would be a less likely reason than protecting my kids.

59. How do you react to people (Such as Governor Rick Perry) who don't believe global warming is really our fault? While I haven't heard much of the background to this story, I wonder whose fault he thinks it is?

61. Is euthanasia morally acceptable? On a case by case basis, sometimes.

63. Is pride a good or a bad thing? Pride, in and of itself, is not inherently good or bad.

64.What do you think is the purpose of your life? Now? My kids.

65. Do you believe in karma? Absolutely. I only hope I can have the opportunity to watch it level the playing field for some...
Posted by Becki at 9:28 PM
Email ThisBlogThis!Share to TwitterShare to FacebookShare to Pinterest
Labels: Sunday Stealing

Wouldn't it be great to be a fly on the wall when karma comes back to whomever we want it to happen to!?!?! Have a great Sunday!

Ha ha - your cheezburger answer cracked me up!