To see the first six books I read in October, check here. And now I'll pick up with lucky number seven.

I read Firewall for review at Books I Think You Should Read. Check out my review there to see why I gave it 3 out of 5 stars. Here's the Amazon official summary:


Former opera singer Emma Streat has survived the murder of her husband and the destruction of her beautiful old house. Now a full-time single mother, she struggles to move forward and make a home for her two sons. Because of her detection skills, she has become a go-to person for help―so, when her rich, feisty, socialite godmother is blackmailed, she turns immediately to Emma.
Soon, Emma founds herself thrust into the dark world of cybercrime. Mounting challenges take her to exclusive European settings where she mixes with top people in the financial and art collecting worlds and has intriguing and emotion-packed experiences with men―including her dynamic ex-lover, Lord Andrew Rodale. When she is targeted by a cybercrime network using cutting-edge technology, it takes all of Emma’s resilience and wits to survive and bring the wily, ruthless criminal she’s hunting to justice.
Action-packed and full of twists and turns, this third book of the Emma Streat Mystery series does not disappoint!

I had waited a while to get this one from the library. It's the third in the trilogy that stared with Crazy Rich Asians (which has already been made into a movie). While some book/movie translations don't work, I really enjoyed this one, and I hope they make both the second and third books into movies as well. The movie had a lot of great visuals that I just couldn't imagine, but the book has fabulous snarky side-notes that just wouldn't translate into a film. I'd give this book 3.5 out of 5 stars. Here's how Amazon described it:


When Nicholas Young hears that his grandmother, Su Yi, is on her deathbed, he rushes to be by her bedside—but he's not alone. The entire Shang-Young clan has convened from all corners of the globe to stake claim on their matriarch’s massive fortune. With each family member vying to inherit Tyersall Park—a trophy estate on 64 prime acres in the heart of Singapore—Nicholas’s childhood home turns into a hotbed of speculation and sabotage. As her relatives fight over heirlooms, Astrid Leong is at the center of her own storm, desperately in love with her old sweetheart Charlie Wu, but tormented by her ex-husband—a man hell bent on destroying Astrid’s reputation and relationship. Meanwhile Kitty Pong, married to China’s second richest man, billionaire Jack Bing, still feels second best next to her new step-daughter, famous fashionista Colette Bing. A sweeping novel that takes us from the elegantly appointed mansions of Manila to the secluded private islands in the Sulu Sea, from a kidnapping at Hong Kong’s most elite private school to a surprise marriage proposal at an Indian palace, caught on camera by the telephoto lenses of paparazzi, Kevin Kwan's hilarious, gloriously wicked new novel reveals the long-buried secrets of Asia's most privileged families and their rich people problems.

This is a memoir that I'd been waiting for quite a while to borrow from the library. Without talking too much politics, I greatly admire the Obamas, so I was already predisposed to like Michelle Obama's memoir. I did like it, a lot.

I enjoyed reading about Michelle's life as a child in Chicago, and how she met and ended up in a relationship with Barack. I always do like a good memoir. I'd give this one 4 out of 5 stars. Amazon says:In a life filled with meaning and accomplishment, Michelle Obama has emerged as one of the most iconic and compelling women of our era. As First Lady of the United States of America—the first African American to serve in that role—she helped create the most welcoming and inclusive White House in history, while also establishing herself as a powerful advocate for women and girls in the U.S. and around the world, dramatically changing the ways that families pursue healthier and more active lives, and standing with her husband as he led America through some of its most harrowing moments. Along the way, she showed us a few dance moves, crushed Carpool Karaoke, and raised two down-to-earth daughters under an unforgiving media glare. In her memoir, a work of deep reflection and mesmerizing storytelling, Michelle Obama invites readers into her world, chronicling the experiences that have shaped her—from her childhood on the South Side of Chicago to her years as an executive balancing the demands of motherhood and work, to her time spent at the world’s most famous address. With unerring honesty and lively wit, she describes her triumphs and her disappointments, both public and private, telling her full story as she has lived it—in her own words and on her own terms. Warm, wise, and revelatory, Becoming is the deeply personal reckoning of a woman of soul and substance who has steadily defied expectations—and whose story inspires us to do the same. 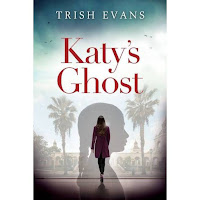 This was definitely one of my favorite books read for review at Books I Think You Should Read this month. I gave it 4 out of 5 stars, and described reading it as a conversation with a friend. The author's style is unique and pleasant. The Amazon official summary:


Haunted by childhood traumas, happily married Katy Welborn is at a crossroads: in her late 30s, her biological clock ticking, she has survived cancer but her fears of family skeletons dangling in the genetic closet have paralyzed her from becoming pregnant. That’s when her long-departed Grandmother Nellie appears as sort of a guardian angel, leading Katy on a journey back through the tortured pages of her past. With unexpected humor and often profound insights, Katy revisits a series of traumatic encounters: a severely schizophrenic uncle whose presence threatens the entire family, an emotionally unstable sister who has spiraled into the lost zone of southern California’s 1960s drug-infused counterculture; and a well-meaning suburban family torn apart by its own bizarre eccentricities. Set in the 1990s, with flashbacks to the 1950s and 1960s, Katy’s Ghost takes readers into painful territory, captured with a soft soul.

The Art of Racing in the Rain by Garth Stein

I'll admit, I'm more of a cat person than a dog person, but this story just happens to be narrated by a dog. It's not really about the dog, if that makes sense. Additionally, I really wanted to read the book and watch the movie since it is starring a distant relative of mine (my mom is cousins with Milo Ventimiglia's mom - really!!).

The timing fell into place, and I received the book from the library just a couple weeks before the movie was available on DVD. I finished the book just in time to get the movie through Redbox. They compared pretty well, and I enjoyed both. I'd give the book 4 out of 5 stars. Here's the Goodread's summary:


Enzo knows he is different from other dogs: a philosopher with a nearly human soul (and an obsession with opposable thumbs), he has educated himself by watching television extensively, and by listening very closely to the words of his master, Denny Swift, an up-and-coming race car driver.Through Denny, Enzo has gained tremendous insight into the human condition, and he sees that life, like racing, isn't simply about going fast. On the eve of his death, Enzo takes stock of his life, recalling all that he and his family have been through.A heart-wrenching but deeply funny and ultimately uplifting story of family, love, loyalty, and hope, The Art of Racing in the Rain is a beautifully crafted and captivating look at the wonders and absurdities of human life ... as only a dog could tell it.

That (finally!) wraps up my summary of the books I read in October. Now I'm going to get back to reading for November/s list! Enjoy!

Posted by Becki at 3:51 PM
Email ThisBlogThis!Share to TwitterShare to FacebookShare to Pinterest
Labels: Books - 2019

Um, so when do I get to meet Milo through you??? I remember you saying you were related somehow ... so jealous! Loved him in that movie and I love him on This is Us ... and in Gilmore Girls ... and in pretty much everything.

I have all three Crazy Rich Asians novels in PDF form (converted to Kindle, yay) but have only read the first one. I liked the movie better and they are so long, so I've been dragging my feet ... TBH I haven't been doing much reading lately either, although I started a cute one called "Trouble Brewing" recently.

As usual, thank you for all of the guest book reviews and for linking here! :)