Disney on Ice - Reach for the Stars

My kids and I were so excited to attend the opening night of Disney on Ice - Reach for the Stars at the Little Caesar's Arena last night. The show, as usual, was phenomenal, and we were also really happy with the new venue. 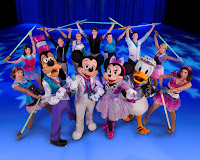 After a brief intro from Mickey, Minnie and a couple other classic cast members, the first mini-story retold was that of Ariel. I finally learned that the most impressive part of her performance was called a 'Spanish web act.' She was like a flying gymnast, with ribbons from the ceiling supporting her as she twirled and danced in the air. It was amazing!

Once Ariel and the Little Mermaid cast completed their portion, we moved on to Tangled. Instead of just Rapunzel and Flynn Ryder, my children were captivated by the misfits and troublemakers from the 'Snuggly Duckling,' the interesting bar visited by the main characters on their journey to the kingdom. The on-ice rendition of 'I've Got a Dream,' was so fun, just like when it was one of our favorite scenes in the movie.

Intermission gave us plenty of time to grab some nachos, a pretzel, and a couple drinks for our dinner. The set-up of the new arena makes visiting the restrooms so much easier, as they're on a sort of level between the main concourse and the seating. 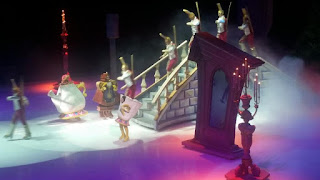 Returning to our seats just in time, we next saw one of my daughter's favorites - Belle, from Beauty and the Beast. She loved seeing the kickline performance by the kitchen utensils. I also loved the giant library. Of course the classic victory moment is always watching the Beast defeat Gaston and turn back into his princely self. 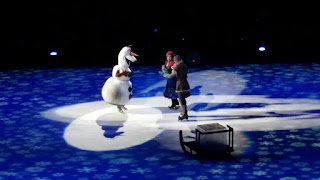 During some of the other acts, we'd noticed a giant snowflake above the ice, and guessed what was still coming. The crowd again (as in previous performances) went CRAZY when Anna and then Elsa took the ice. The cheering for Olaf wasn't far behind. I joked to my friend that even if they had issues with the sound system (which they didn't), the kids could certainly carry the 'Let it Go' tune the rest of the way to its finish.

There's still plenty of time to visit Little Caesar's Arena this weekend and see the Disney on Ice Reach for the Stars performance with your loved ones. Tickets start at $15. Tickets are on sale now and can be purchased at OlympiaEntertainment.com, The Fox Theatre and Joe Louis Arena box offices and Ticketmaster.com. To charge tickets by phone, call (800) 745-3000. For additional information, call (313) 471-6611. Here are the remaining showtimes for Detroit this weekend: 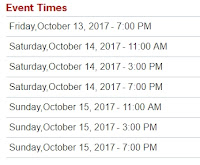 I received tickets to the show in exchange for promotional posts, but all opinions are mine.

Posted by Becki at 4:36 PM
Email ThisBlogThis!Share to TwitterShare to FacebookShare to Pinterest

Sounds fun! My mom and I always love Disney On Ice. Sounds like the new arena is nice, too?

How exciting. So glad you all had a good time. How was the parking?

I've loved the Disney on Ice programs ever since I was young. I plan on going with my niece this year!