I have to say, the Monster Jam we attended at Ford Field on Saturday was the best one I've seen yet! 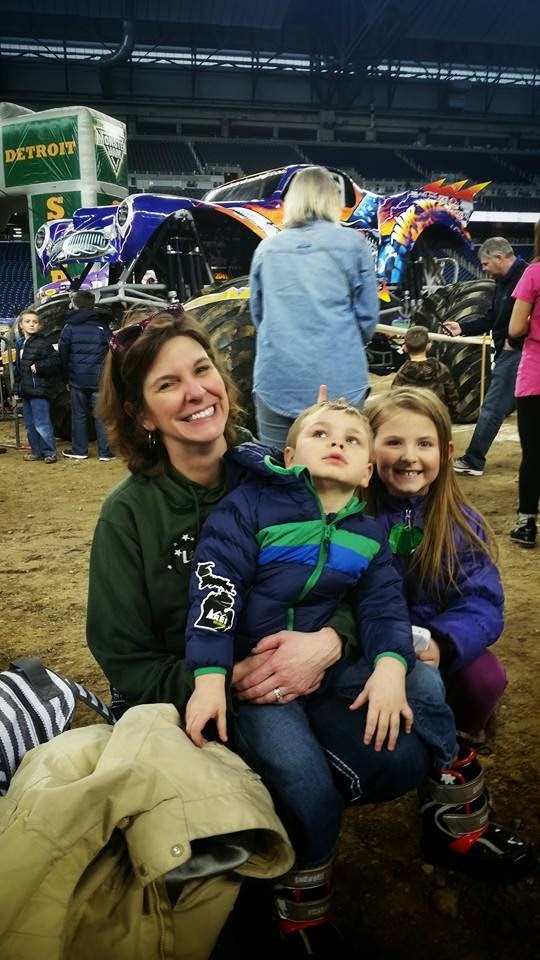 We enjoyed hanging out at the Party in the Pits for an hour or so when we first arrived downtown. My son was obviously a bit overstimulated by it all. His favorite is always the bounce house/slide. While he can't make it up the steps on his own, he's lucky enough to have a sister who pushes his butt to top ;)

My husband, on the other hand, just wanted to see under the hoods. He mumbled a few comments about injection, or a belt or something...I don't really know.

All I do know is that those trucks are BIG!!

I did enjoy the races that make up the first half of Monster Jam much more than the older format. Instead of a straight oval, the races this time had a side-by-side jump in the middle, and cars to be crushed in the turns. And they did get crushed. 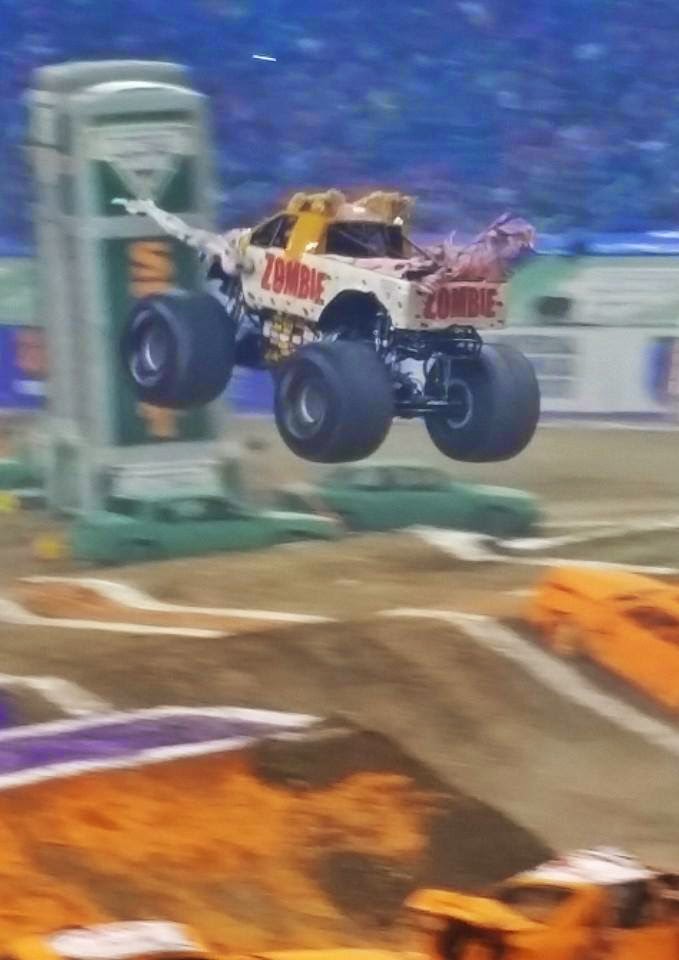 Of course the best part of Monster Jam is always freestyle. Zombie went first, and totally rocked it, complete with a clean flip on the special ramp that I don't remember seeing in previous years.

I was sure he'd take it all the way, but somehow El Torro Loco passed him in points. That's all I'll say about that. Zombie was still the winner in my heart.

Toward the end, I'm guessing they were running out of time. They started leaving busted trucks ON the main floor! Not on the edges - like out in the middle, on dirt mounds and everything...hmmm....
Gravedigger of course took the lead.

Until the last competitor. Monster Mutt.

Oh, Monster Mutt. You gave the.best. freestyle performance I EVER remember seeing. Remember the old Monster Jam commercials where the dude said, "You'll pay for the whole seat, but you'll only need the edge!!" That was us on Saturday night. Monster Mutt almost put the dirty side up not once, but twice! If the breeze had picked up, he'd have been done. But luck (and mad skillz) was on his side, and he kept driving.
Even without a bonus round, Monster Mutt topped Gravedigger's score and WON freestyle. Quite fairly, I'd say.

I wish every Monster Jam could be this awesome!!
Posted by Becki at 7:48 PM
Email ThisBlogThis!Share to TwitterShare to FacebookShare to Pinterest